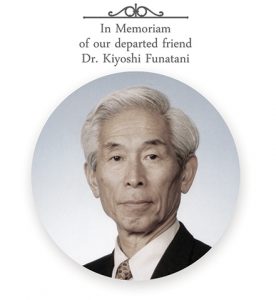 This year’s Nitriding Symposium is in memoriam of Dr. Kiyoshi Funatani, our dear friend and colleague, who passed away earlier this year. Dr. Funatani was a distinguished expert in the nitriding community, known for his influential position in the development and industrialization of nitriding in the automotive industry. He also served as co-chairman for all past Nitriding Symposia and was among the first to receive the Hephaestus Award in recognition of his prolific work.

An enthusiastic advocate of heat treatment technology his entire life, Dr. Funatani was a high-profile figure who served as editorial member of various ASM technical committees, and provided critical and important programming support for numerous international conferences. He was also an active member of the HTS board and IFHTSE executive committee, and authored and edited/co-edited numerous journals and handbooks.

Michel Korwin, President of Nitrex Metal and symposium chairman, said “Dr. Funatani was a man of great knowledge and wisdom. He graced us with the honor of his presence at the past 3 symposia and received the Hephaestus award in 2010 for his lifetime achievements. Despite his age and frail health, Dr. Funatani was productive and felt he had a ‘duty’ to join us in Vegas. This revealed his wonderful strength of character and vivacity till the very last.”